A little about Dutch Whisky

As promised I´m visiting you again as a guest-writer, but this time I´ve been asked to write a small piece about Dutch Whisky. 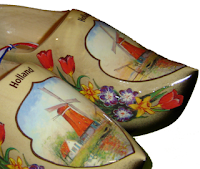 I´m a dutch girl, and I´m proud to say that we produce our own whisky! The Netherlands is already famous for it´s many mills, coulerful tulips, dikes, wooden shoes (klompen) and cheese and our own whisky is on the right track to be on that list.

You probably know Frysk Hynder (whith a horse on top) Millstone and Valley, but does Maltky ring a bell? I have read that the Maltky whisky was pretty good at one time. Although it can´t be compared with today´s whiskies. If you look at the alcohol percentage of 35% (100 cl) This whisky was in the early 60s a barley distillate from Dutch ground, based on the whisky ´formula´. (When someone could tell me more about this whisky, I am very grateful)

On to the contemporary Dutch Whisky....

My hometown is located in Friesland, a provincein the north of the Netherlands. Friesland is known for the dams, water sports, and of course the Frisians cows, horses and and our Frysk Hynder Whisky. In the year 2002, the owner of a beer brewery in Bolsward decided, he (as a Whisky enthusiast) wanted to produce whisky, with barly from the local mill. Since 2005, each year a 3 yo whisky is released in limited edition. I´ve got a chance to nose and taste this whisky http://whiskygirl.nl/fryks-hynder

The last from my list, Valley Whisky. This small manufacturing company began in 2002, when the owner began to experiment with distillation. In 2004, the start of the official brewery and distillery was a fact. This makes Valley Whisky distillery. At present the distribution is mainly local.. In December 2007 there was the birth of the first 3 yr old single malt from the distillery.

I hereby give the pen to Peter and Tommy and ask him to write an article a guest writer for www.whiskygirl.nl 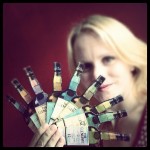